2011 was the 115th anniversary of the First Chimurenga (or Umvukela as it is known in Matabeleland). Throughout that year, the Zanj Financial Network 'Zfn', in Harare, Zimbabwe, prepared a number of historical reports briefing on this bloody uprising that resulted in much attritution and misery on both sides, some of which are reproduced here.

In 1886, gold was discovered near modern-day Johannesburg which made the Transvaal, overnight, the richest and potentially the most powerful nation in southern Africa. A downside for conservative Afrikaner Paul Kruger’s government was the influx of uitlanders (foreigners) who quickly outnumbered the Afrikaners (60,000 vs. 30,000 males). Fearful of the Transvaal's waning independence and potentially becoming a British colony, the Afrikaner government adopted policies of protectionism and exclusion, to include restrictions requiring uitlanders to be resident for many years in order to obtain the right to vote. They also heavily taxed the new gold mining industry. The uitlanders became increasingly resentful and aggrieved about the lack of representation. This gave rise to considerable discontent and tensions escalated (see box on the “Drifts Crisis”). As no attempt was made to solve the uitlanders' grievances by peaceful discussion and because Johannesburg was by this time largely an uitlander city, leaders there began to discuss proposals for insurrection. 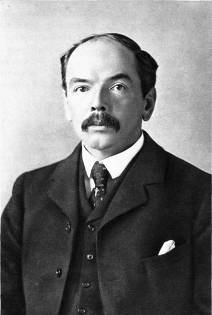 In this they had the clandestine support of Cecil John Rhodes, a multi-millionaire and Prime Minister of the Cape Colony. Rhodes undertook to provide covert financial and military support for any uprising. Rhodes discussed his plans with various officials in the British government but had to wait until 1895 when the strongly imperialist government of Lord Salisbury took office before he could solidify his plans. In this he was supported by Joseph Chamberlain, Secretary of State for the Colonies and possibly the most popular man in the British government at the time. Rhodes’ planning was made even easier when his friend and BSAC investor Hercules Robinson was appointed High Commissioner at the Cape. Rhodes’ good friend and confidant Leander Starr Jameson, working as BSAC Administrator General of Rhodesia, had the responsibility of mustering troops to be used in support of the incipient revolt.

Was this a new idea?

The overthrow of the Transvaal Government had been the subject of discussions among Imperial officials long before the Raid. Robinson's predecessor, Sir Henry Loch, had plans as early as 1893 to intervene in the Transvaal in the event of an insurrection and the Secretary of State for Colonies, Lord Ripon, knew of these plans and did not prohibit such action, even though he did not encourage it, and at the time of Robinson's appointment in 1895 he discussed with Ripon intervention to support a Johannesburg rising. There was definitely a conviction among British statesmen that a change of government in the Transvaal was necessary and inevitable, though there were differences of opinion as to the amount of influence the Imperial government should exert to bring it about.

What was the plan?

Their plan was to prepare an armed uprising by the uitlander population on the Rand. At the same time a force of British South Africa Police was to be assembled in Bechuanaland under the pretext of protecting the railway to Rhodesia from attack by the “ferocious Bechuana”. Once the rising was underway in Johannesburg, the column would move into the Transvaal, thus preventing the Republic from concentrating its forces on the Rand and so ensuring the success of the rebellion. To justify the invasion of Transvaal, a letter from the uitlander leaders calling on Jameson, leader of the British forces, to come to the assistance of women and children in Johannesburg where lives were in danger, was pre-prepared. Arrangements were made with the editor of the Times to publish the letter at the appropriate time to justify Jameson’s march. A train was kept ready in Cape Town allowing the swift passage of Robinson to Johannesburg, where pretending to offer to mediate, he would assume responsibility for the territory and call for the election of a constitutional assembly for the country. This would, of course, be loaded with pro-British representatives ready to vote for union with the Cape.

Landlocked Transvaal (the ZAR) was forced to rely on British colonial railways and ports. Therefore, Transvaal awarded the construction of a railway to the Netherlands-South African Railway Company, but by mid-1891, the company was on the verge of bankruptcy. Cape Colony Prime Minister Cecil Rhodes offered a loan to Transvaal President Paul Kruger in exchange for building the Cape Line. Once the Cape Colony had finished building a railway line to Johannesburg, it attempted to get as much of the railway traffic of the Transvaal as possible by reducing its rates, as it was aware that the Delagoa Bay line at the Transvaal was almost complete. The Transvaal government increased the rates on the part of the railway that ran through the Transvaal, once it had crossed the Vaal River.

The Cape Colony attempted to get around this by unloading goods at the border and hauling them by wagon 80km or so to Johannesburg. Wagons had to make their way across by crossing fords, which were known as 'drifts'. The ZAR responded by closing the drifts to all goods traffic. There was a great deal of anger towards this protectionism and exclusion, not only in the Cape Colony but also among Afrikaners. The Afrikaner Bond supported the strong stand by the Rhodes government, urging action, even war, if the drifts were not reopened. Eventually, the ZAR did relent, and the crisis passed. However, there were lingering clashes of interests. Afrikaners outside the ZAR wanted access to the markets of the Rand and to share in the wealth being generated by the gold mining; the ZAR government wanted to preserve markets for its own farmers, build up manufacturing to help employ its landless white burghers, and make itself as free as possible from influence by the British.

Who got cold feet?

For all the elaborate plotting and planning, the whole enterprise looked like fizzling out once those on the Johannesburg side sensibly began to have second thoughts. The original date of the uprising had been set for December 28, 1895, but the reformers were hopelessly unprepared and decided to postpone it. The mining magnates were also divided. Some who had initially given support to the scheme were no more than “unscrupulous” speculators hoping to cause a scare that would produce a fall in shares prices that could be bought cheaply and resold at a huge profit. Differences arose within the Reform Committee and between uitlander reformers including regarding the form of government to be adopted after the coup. At a point, certain reformers contacted Jameson to inform him of the difficulties and advised him to stand down.